Home » The best new games and apps from Google Play

The best new games and apps from Google Play

Today we will highlight some of The best new games and apps from Google Play, recently, have landed on Google Store. This time, we have three applications and three very different games, but they are definitely worth giving them a chance.

As always, we encourage you to leave in the comments what you think about the applications that we bring you in this compilation, as well as to leave your discoveries in apps and games in these last weeks.

Applications of the week on Google Play

Icon Pack Mixer is the perfect application for all those who love the personalization on Android. Thanks to it, it is possible to combine icons of different packages, selecting the desired icon for each application.

Although for now, it does not seem to be compatible with all icon packages available on Google Play, it does work with some of the most famous.

Everybody. Absolutely all Android users should use a password manager to keep our privacy safe on the Internet. LastPass is one of the most popular and used, and has recently introduced the beta version of its application, which incorporates the latest features before being released to the stable version.

Like the original app, this tool is free and allows you to store your passwords, generate new keys and even synchronize them among all our devices thanks to the fact that it is a multiplatform app.

Despite not being an entirely new application, it has undergone one of the most important renovations in its history, both at the design and operational levels. The new Amazon AppStore came to Android a few days ago, with the aim of offering users the possibility to buy cheaper payment applications than Google Play.

For this, the app has its own virtual currency, the Amazon Coins, which can be purchased or won in some of the games in the store, and then redeemed for new apps or added within them.

Games of the week on Google Play

Love You to Bits

Despite having gone largely unnoticed, Love You to Bits is one of the best games that have landed on Android in 2017. It is a spatial science fiction point & clicks adventure, with an extremely careful graphics section and full of puzzles of all kinds.

The game puts us in the shoes of Kosmo, a rookie space explorer looking for Nova, his missing robot girlfriend. After an accident, all the pieces of Nova are scattered throughout the universe, and Kosmo will do everything possible to recover them all to rebuild and get back together. 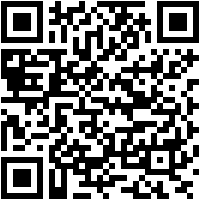 That PlayerUnknown’s Battlegrounds is one of the games of the year, it’s no secret. That’s why Android game developers have not been slow to create their adaptations of this successful title, or Players Uknown Battle Grand is one of the best we can find on Google Play.

It is a massively multiplayer game, shooter style in the third person and with a graphics section set in Minecraft. With just over a week in the store, it already accumulates almost one million downloads and a score of 4.3 over 5 stars.

The app was not found in the store. 🙁

To close this compilation, the SEGA classic could not be missing thanks to the SEGA Forever collection. Just two days ago came to our favorite app store Decap Attack, the renewed title of the famous Japanese company, first released in the year 1991 for the Mega Drive console.

It is a lateral platform game with 2D graphics, in which we will control Chuck. D. Head, a headless hero-literally-whose mission is to prevent the hordes of the evil Max D. Cap from taking control of the world. 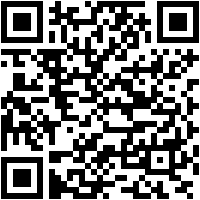 Join 70,000+ readers and get our best tips before anyone else!

Menu
Facebook-f
Twitter
Google-plus-g
Pinterest
Keep in mind that we may receive commissions when you click our links and make purchases. However, this does not impact our reviews and comparisons. We try our best to keep things fair and balanced, in order to help you make the best choice for you.